Mexico Missions — The Gift of Sight 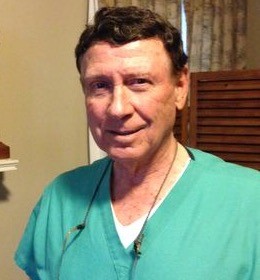 On Oct 16, 1977, Dr. Tom Robinson went on his first mission trip to Mexico, having heard of the need through a speaker at Emmanuel Baptist Church.  He was accompanied by two of his nurses, Pearl Setliff and Mary Dearman, an EBC member. On that first trip, Dr. Tom removed cataracts for six patients using the missionary’s kitchen table for an operating table. He was hooked.

After his first five years, Dr. Tom studied and earned his VFR and IFR pilot licenses and bought a six-seater airplane to fly both the assistants and supplies to Mexico. In addition, Emmanuel members drove to the cities with large pieces of equipment so that as many as five surgery tables could simultaneously be in use.  However, because of difficulties with Mexican airport customs, Dr. Tom now drives supplies down using a van generously donated by Good News Friends of Lubbock, Texas.

Over the past 39 years, Dr. Tom has performed 15,000 cataract and other surgeries and 160 prostheses.  More than 30,000 people have received eye care because of this mission effort. Not only has sight been restored to thousands, there are missionaries and MITC seminary students who witness to patients and family members during the surgery campaigns. It is not uncommon for as many as 75 professions of faith to be made on each trip.

The Mexico mission trips are made possible by the efforts of so many including: faithful members of Emmanuel’s Adult III SS class who prepare the donated supplies from hospitals for sterilizing,  Texas Tech University Medical Center in Lubbock, Texas, for their sterilizing of supplies, Alcon Medical for donating IOLs and eye drops,  Pat McKee for managing funds, and partners for sharing financially in the work. These who generously give time and funds are caring for those with so little whose lives are greatly changed by restored vision as a free gift in the name of Christ.

On Oct. 16, 2016, Dr. Tom leaves on his 155th trip, going in the name of Christ and as a representative of Emmanuel Baptist Church.  Countless lives have been blessed and changed because of his faithfulness to God’s mission in the world.