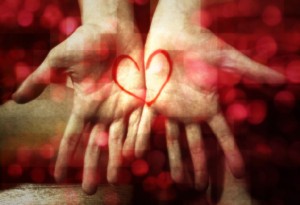 was interrupted by the earth rumbling and the house shaking.

One earthquake followed another that day in West Sumatra, Indonesia, where she and her husband, Eddy, were ministering as Cooperative Baptist Fellowship field personnel.

Just two years later another major earthquake would shake the island, killing many and destroying thousands of homes, schools and lives.

After a 7.6 earthquake in 2009, a young girl named Septiani returned from boarding school and couldn’t find her house or family. She found the tragic remains of an earthquake-induced landslide that buried her entire family.

A news reporter interviewed Septiani about the tragedy, and when Jan Williams, a member of CBF-partner First Baptist Church in Rome, Ga., saw the news story, she asked Eddy to search for Septiani.

With only a name and a picture, Eddy searched the region to find Septiani’s village and locate her. He was successful, and with the help of a scholarship from a non-governmental organization Jan started, Septiani is in a midwifery school. One day, she hopes to open her own clinic.

Septiani’s life has been changed, and she’s just one person impacted by the ongoing ministry of Cindy, Eddy and their partners.

Dozens of families have a new, safer home because of earthquake-resistant construction

methods Eddy helped implement. Hundreds of students have returned to school because of the classrooms the Rubles helped rebuild in partnership with their home church, Knollwood

Baptist in Winston Salem, N.C. It’s all part of being the presence of Christ.

“Whether it’s with scholarships, programs, or rebuilding a classroom for a school, this

[ministry] is a tangible way the Church can see and be a part of [a] relief effort,” Eddy said. “Your support is vital to this life-changing work.”

Today, the Rubles are rebuilding hope and changing lives. They need your help. Emmanuel’s goal is $5,000.